I’m feeling accomplished and caught up! Cranking these updates out this weekend. I always have the questionnaires filled out, but finding time to film and edit during the week is difficult at the moment!

Stretch marks? None yet…

Sleeping? Sleeping better, but waking up some still.

Best moment last week? The usual…just spending time with my girl, and with my husband on weekends. And hitting that halfway mark!

Movement?  So much! This baby is a mover!

Food cravings? All junk all the time! And coke, but cutting way back because I think the caffeine is causing issues:

Symptoms? My newest symptom has been Braxton hicks contractions for the last two weeks, which I had a lot with Lark, but not until much later. OB was a bit concerned, and I’ve been instructed to take it easy, which is hard because I’m alone with an active toddler during the week. Trying to have her walk more now that the weather is a bit better and snow has melted a lot. SPD has been kicking up too…

Gender? We know now!! But haven’t revealed yet!

What I miss: this question is getting redundant…isn’t it obvious?! My husband and my family being together!!!

What I am looking forward to: still the warm weather so Lark can get outside and get some exercise!

Playing catch up, as usual, with my pregnancy updates…quite a few weeks behind at this point, but here’s the update for 18 and 19 weeks!

How far along?  18 weeksTotal weight gain/loss? Officially up 3-4 lbs from my starting weight. It’s fluctuating at the moment…Maternity clothes? Duh. Stretchy pants galore these days!Stretch marks? None yet…Sleeping? Better! But still always tired…Best moment last week? Just the usual ‘weekend with my husband’ happies…Movement?  Tons…still on a pretty regular schedule. Thinking it can probably be felt from the outside now, but every time I try, little pea stops kicking!Food cravings? The usual…Symptoms? Tired…nausea is pretty much gone! Unless I eat too much. I’ve already hit that point where my stomach is running out of room for food and I get uncomfortable very quickly…I feel like the SPD I had last pregnancy is slowly creeping its way back in. Not looking forward to that! Still a randomly itchy face and other weird spots on my arms and legs. Sinuses are still screwy and I’ve had a recurrence of headaches!Gender? Next week!!Labor signs? Nope.Belly button in/out? In.  What I miss: sunshine and warm weather! What I am looking forward to: our anatomy ultrasound next week! It’s been a minute since I’ve seen the babe and I’m anxious to see how we are doing and hopefully find out gender!!

NINETEEN WEEKS UPDATEHow far along?  19 weeksTotal weight gain/loss? Between 3 and 5 lbsMaternity clothes? Lots! Need to order more pants and some spring items though.Stretch marks? None yet…Sleeping? Oh my. Lark has been really sick and we’ve barely slept! So still very tired!Best moment last week? We had an ultrasound and found out gender this week!Movement?  Lots! Still at fairly predictable times of the day.Food cravings? The usual still…and Starbucks iced chai!!Symptoms? Nothing new of note. Haven’t been sick at all, so that’s a bonus!! Skin is still being wacky and my hair is sprouting new strands lately (sadly, most are gray!) Gender? We know now!! But haven’t revealed yet!Labor signs? Nope.Belly button in/out? In.  What I miss: oh gosh…broken record here, but my husband…What I am looking forward to: daylight savings and SPRING! 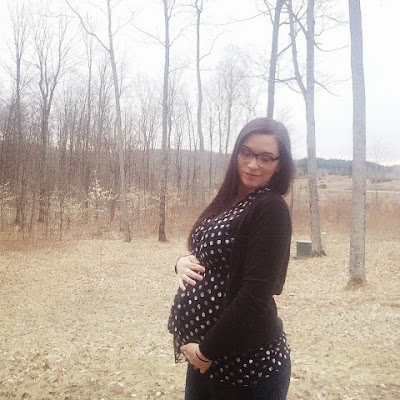